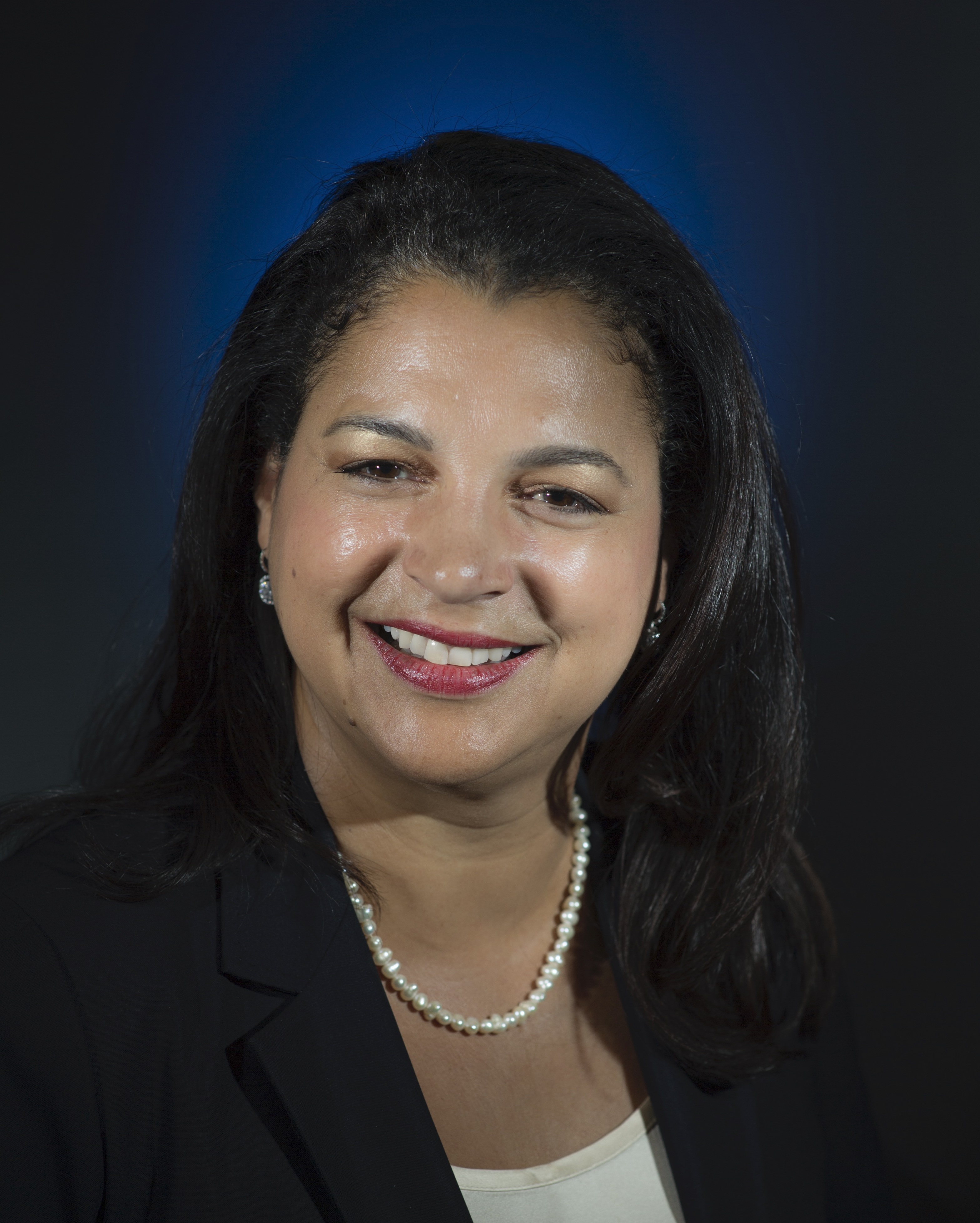 Andrea Razzaghi is the Deputy Director of the NASA Management Office at the Jet Propulsion Laboratory (JPL) in Pasadena, CA.  JPL is familiar to most Americans for its prominent role in the exploration of our solar system with robotic spacecraft — it is a Federally Funded Research and Development Center owned by NASA and operated by the California Institute of Technology, with a multi-billion dollar annual budget.

Ms. Razzaghi grew up in the Washington, DC, area, and spent her early years not far from Catholic University’s campus. She studied mechanical engineering at Brown University, and later earned her master’s degree in the same discipline from the Catholic University of America.

After working in  private industry as a Navy contractor, she began her NASA career at the Goddard Space Flight Center, where she contributed to successful missions including the Cosmic Background Explorer, which provided evidence to support the Big Bang theory and led to a Nobel Prize for its principal investigators; and Cassini, which conducted a spectacular 13-year exploration of the Saturn system. Razzaghi advanced at Goddard to hold several key project management positions on successful missions, including Mission Manager for the Wide-field Infrared Survey Explorer and the Nuclear Spectroscopic Telescope Array, Observatory Manager for Earth Observing System Aura, and Instrument Manager on the Tropical Rainfall Measuring Mission.

Razzaghi joined NASA Headquarters in 2010 to serve as the Assistant Director for Planetary Science.  She oversaw and played a significant role in many exciting mission milestones, including two comet encounters, planetary launches for Juno to Jupiter, GRAIL to the moon, and the Mars Science Laboratory.

She also oversaw the start of science operations of several missions: MESSENGER at Mercury, Dawn at the asteroid Vesta, and the Curiosity rover on the surface of Mars, following a historic landing. From 2012 to 2018 Razzaghi served as NASA’s Deputy Director of Astrophysics where she provided executive leadership, strategic direction, and overall management of the Agency’s astrophysics programs and projects. She oversaw the Agency’s research programs and missions necessary to discover how the Universe works, explore how the Universe began and developed into its present form, and search for Earth-size planets outside of our Solar System. Razzaghi managed a portfolio up to $1.5 billion per year, with over 20 NASA missions and international partnerships, including NASA’s first Exoplanet mission, Kepler, and the nation’s Great Observatories in space: Hubble, Chandra, and Spitzer.

Important Mission milestones accomplished under her leadership include successful development and launches of the Neutron Star Interior Composition Explorer and Transiting Exoplanet Survey Satellite missions; delivery of NASA’s contributions to the Japan Aerospace Exploration Agency’s Hitomi mission and the European Space Agency’s Laser Interferometer Space Antenna Pathfinder missions; completion of development and transition to the science operations for the Stratospheric Observatory for Infrared Astronomy (SOFIA) mission; and the official start and formulation of the Nancy Grace Roman Space Telescope.

Razzaghi was appointed to her current role as deputy director of the NASA Management Office at JPL in September 2019 following a one-year detail as NMO associate director. She divides her time between California and Washington, DC.

In recognition of her outstanding career in service to our nation and our human drive to explore our universe, the Catholic University of America is pleased to present Andrea Razzaghi with the 2020 Engineering Distinguished Alumni Award.