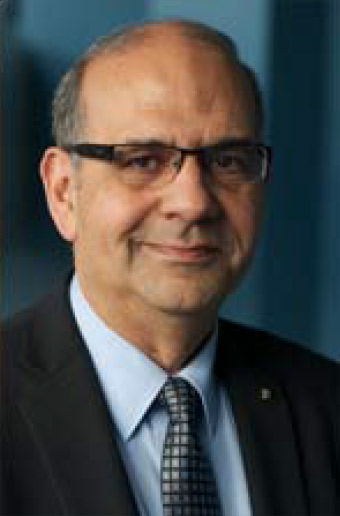 Dr. Tarek El-Ghazawi is a Professor in the Department of Electrical and Computer Engineering at The George Washington University, where he leads the university-wide Strategic Academic Program in High-Performance Computing. He is the founding director of The GW Institute for Massively Parallel Applications and Computing Technologies (IMPACT) and was a founding Co-Director of the NSF Industry/University Center for High-Performance Reconfigurable Computing (CHREC), established with funding from NSF, government and industry.

Professor El-Ghazawi’s research interests include high-performance computing, computer architectures, reconfigurable and embedded computing, nanophontonic based computing, and computer vision and remote sensing. He is one of the principal co-authors of the UPC parallel programming language and the first author of the UPC book from John Wiley and Sons. Professor El-Ghazawi is also one of the pioneers of the area of High-Performance Reconfigurable Computing (HPRC) and was also one of the early researchers in Cluster Computing, building the first GW cluster in 1995.

At present, Professor El-Ghazawi is leading efforts for rebooting computing based on new Post-Moore’s Law computing paradigms including analog, nanophotonic and neuromorphic computing as well as adaptive hybrid plasmonic network on chips for manycore systems jointly with faculty from the nano-photonics area and with support from NSF, SRC and AFOSR. He has served on many boards and served as a consultant for organizations like CESDIS and RIACS at NASA GSFC and NASA ARC, IBM and ARSC.

Professor El Ghazawi received his Ph.D. degree in Electrical and Computer Engineering from New Mexico State University in 1988. He has published over 250 refereed research publications in his area, his work  funded by government and industry. His research was funded extensively by such government organizations like DARPA, NSF, AFOSR, NASA, DoD and industrial organizations such as Intel, AMD, HP, SGI. Dr. El-Ghazawi served in many editorial roles including as Associate Editor for the IEEE Transactions Parallel and Distributed Computing and the IEEE Transaction on Computers. He has chaired and co-chaired many IEEEE international conferences and symposia including IEEE PGAS 2015, IEEE/ACM CCGrid2018, IEEE HPCC/SmartCity/DSS 2017, to name a few.

Professor El-Ghazawi is a Fellow of the IEEE and selected as a Research Faculty Fellow of the IBM Center for Advanced Studies, Toronto. He was also awarded the Alexander von Humboldt Research Award, from the Humboldt Foundation in Germany (given yearly to 100 scientists across all areas from around the world), the Alexander Schwarzkopf Prize for Technical Innovation, The IEEE Outstanding Leadership Award by the IEEE Technical Committee on Scalable Computing, and the GW SEAS Distinguished Researcher Award. El-Ghazawi served as a senior U.S. Fulbright Scholar, and was selected as an IEEE Computer Society Distinguished Visitors Program Speaker and Distinguished Visiting Fellow by the U.K. Royal Academy of Engineering.